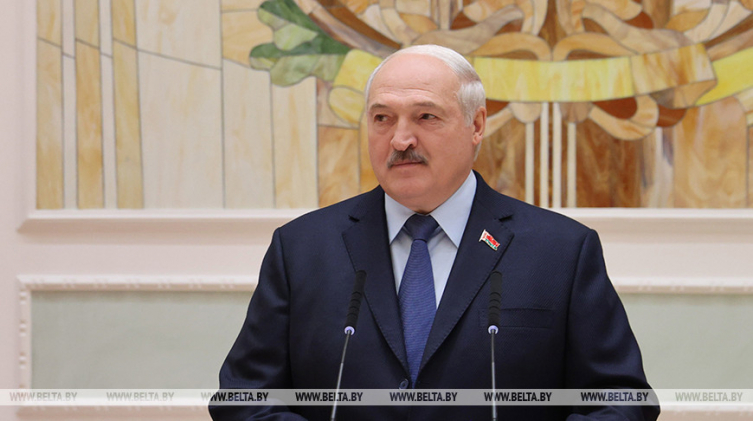 “In the Year of Historical Memory I believe it important to emphasize that 17 September has made its return to our national holiday calendar not only as a reminder of the value of freedom and independence but also as a tribute to the era that gave us, the Belarusians, the right to take our place on the world map,” the head of state said.

“We will remember it, as well as the fact that we established ourselves as a nation, a state, won the Great Patriotic War, revived the country from the ashes and even surpassed certain countries in the exploration of space, nuclear energy, biotechnology thanks to the people of labor,” said Aleksandr Lukashenko.