Belarusian President Aleksandr Lukashenko and Azerbaijan President Ilham Aliyev are holding a meeting in the Zagulba Palace, BelTA has learned.

Negotiations of the heads of state were preceded by a photo-op ceremony. After the ceremonial events, the presidents proceeded to the conference hall. By the way, the Belarusian president is the first foreign leader to be received in Azerbaijan this year.

At first the negotiations will be held one-on-one, with participation of the foreign ministers. Then the meeting will be joined by the delegations to discuss substantive issues.

The main focus will be on ways of expanding trade and economic cooperation and filling the cooperation with new content. “The parties will consider industrial cooperation, review the status of the current projects and new ones in the production and supply of food, processing of agricultural products. The parties will also discuss cooperation in healthcare, science and technology, education and tourism," the Belarus president's press service noted. The heads of state are also set to exchange views on current issues on the international agenda.

As it has been reported, Aleksandr Lukashenko and Ilham Aliyev held a long informal meeting the day before. The international agenda was one of the central topics of the meeting. 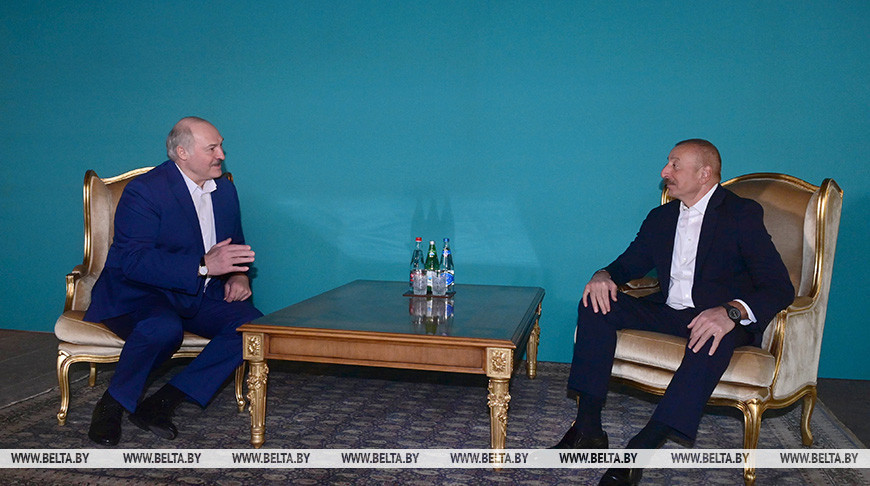 Built in 2008, the Zagulba Palace is part of the residence of the Azerbaijan president. It is located in the village of Zagulba, 40km away from Baku. In Soviet times, it housed government cottages.

The presidential palace is located on the shores of the Caspian Sea and is used for official meetings and negotiations. Its architecture combines elements of modern world architecture and Azerbaijan national style.